Sex and the City Challenge- The Monogamists

Has the world reached a stage where monogamy has become extinct?

I remember writing in one, or probably more than one post, about men sleeping around with innumerable girls and termed as a 'macho-man', while girls doing the same activity with men are termed as sluts and whores and prostitutes. But has the concept of being with one guy for the rest of your life vanished? 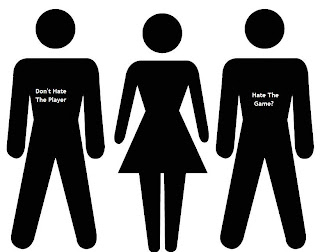 I see so many girls around me who claim to have boyfriends, but go around with n-number of guys. Please don't get me wrong, but I do not have the mind frame of the 60's, where girls are not supposed to talk to guys. I have lots of friends who are guys, and in fact, I personally feel that guys make lot more better friends than girls themselves. But, you know, the intimacy you show to that special guy, the physical love and mental space showered on and by him has practically just vanished.


Many at times people have told me that they do so to become cool and sexy. But is it really sexy to make out and love with more than one guy? Isn't that cheating on your guy? Well even if your guy is the jack that he is meant to be, would it be fair to yourself to behave in the same way?

confessed by Writing Bee at 12:39 PM 4 comments: Links to this post

Sex and the city 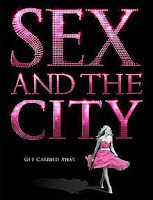 I have been very, sorry, extremely inactive in this wonderful world of blogging, and somehow I feel I have lost the entire love I had with words. It was a very disheartening realization, and sitting on my bed watching the Sex and the city series on my laptop I decided that I would challenge myself with something quite difficult.

I have been almost an illiterate when it came to the S** language, and I have been a big jerk to always laugh at every pervasive jokes my friends cracked without knowing the meaning! And so I have decided that I would write an article everyday on the title of each episode in the series. It could be anything from a general opinion on the topic, a fictional story, an anecdote or of any other genre.

It is basically to have some fun combined with my love for writing. Hope you guys like it and would really really love those sexy comments from you all!!

confessed by Writing Bee at 10:31 PM 2 comments: Links to this post

A walk by the beach

With the sun still half asleep and the cool water splashing on the soft sands, life seems to be a lot more serene and beautiful. A stroll on the beachside with the water hitting you to the appropriate level awakens you to a bright, happy day.

This morning few friends and myself visited a lazy and quiet beach close to college, and all of us would agree that it was the best way to start the week. Splashing the water at each other, clicking pictures till our hearts were contended and just lazing around was how this Sunday kick started.

To think about a lost loved one, to re-visit those moments spent with a lover you miss, to just play with the sand remembering one’s childhood, to collect shells and take them back home to, probably, just beautify your house, are few of those lovely things we did there. I could see the excitement on everyone’s faces when they saw a starfish; something they claim they had never seen before. To pose to a zoom lens the ‘poster’ way, with each of us looking at different directions made us feel like stars. Seeing a man perform two somersaults at a stretch was an awe we enjoyed with a wide open mouth.

I am sure a lot many of you would have enjoyed strolling by the beach. There definitely is no better place to be when you want to be alone or have a good time, to enjoy nature’s beauty at its best.

confessed by Writing Bee at 3:52 PM 6 comments: Links to this post

It is 4:43 and my eyes are wide awake. The entire world would be sleeping at this moment. Well, atleast the people in those parts where it is the night time. Obviously, because isn't that what people are supposed to do at night? Well guess what people at my college in one of the South Indian states are doing.... Any guesses?? I am sure you can do better than that guys... Ok fine let me tell you...

They are picking Pepsi bottles and cigarette buds from the campus garden. Why? Because the entire college; and when I mean by entire I actually mean entire except for a very few countable handful ones (which thankfully or the other way round includes me as well) was drunk and high to the maximum level possible. It was a Saturday night so 'daru' (Indian local word used for the upper class Drinks) is  expected. Infact I did expect the college to be drinking and smoking the night, but not even in my wildest of dreams did I imagine that it would go up to this extend. It has been exactly a week since I have joined college, and me being the 'social animal' that I am, I didn't know three forth of the crowd's names, especially boys. Neither did they make any effort to raise a hand. But I remember nearly five guys coming up to me and asking me my name and place. In fact when I asked one of them his name and place in return, he was hesitant of whether he was from Bombay or some other place starting with a Bom! And another girl kept chanting 'I am not drunk, I am not drunk' while dancing when she was supposed to be walking. People were that high.

I do not have an issue with people drinking or smoking. What the hell re! It isn't like people are going to pay heeds to anything that I say against something they are most familiar with, let alone drinking and smoking. I might be from a small town in Kerala, but I too have people and friends who drink and smoke. But I don't understand why do they go to such a level that they lose complete consciousness of themselves or their whereabouts. I am just very irritated, angry, depressed and sober right now, and I had to vomit it out somewhere since all of my other friends were busying puking shit! And what better place than my very own private space where God knows who reads my blog!

P.S: I am in no mood to find a picture for the article. You definitely do not want to see the pictures from college. Spare yourself the horror!

confessed by Writing Bee at 4:56 AM 7 comments: Links to this post

Marriage- for oneself or for the society??

When I was nearing my teenage, I was scared I would turn out to be a horrible, uncontrollable freak. And you know what? I turned out to be exactly that! Sometimes when I go back in time, and think of those moments when I used to have those dreaded fights with Amma, I imagine how she put up with me. Trust me, if I had such a daughter I would have gone crazy by the time she realized she was just in a pathetically beautifully stage of life!

Now that I am about to cross the dreaded 20's, I have this feeling I am going to be as unbearable as I was when I was in my teens. The only difference? When I was 13, I created chaos on every tiny thing; and now I am going to create havoc on just one single topic- marriage!

Today I read Aamir Khan's column in The Hindu, which was very coincidentally on marriage. And I was thoroughly surprised reading it, because it felt like he was writing an article on my views on marriage! I never really knew how to express my feelings on this 'law of nature phase' (as Achan puts it) and so his column made it so much easier to at least tell Amma. She read it, and guess what her reaction was! "I don't think most of this is possible!"

Why not? Why is it impossible to enjoy a subtle, simple marriage with just the two people who are about to tie the knot and those who really mean a lot to either of them? Why is it not possible to put off with the food and the shining ornaments, when that money can very well be put to much better use? Why is it that one has to choose a partner based on his/her family background? Are you marrying his/her family or the bride/groom them-self? Why is it an assurance that if the family is good the person you are to spend the rest of your lie with is also good? Can't other factors affect one's behaviour? And what if the person you have just met over a cup of coffee has split personalities; with the good gentleman in front of his parents (and you for that matter), while he is a horrible drug addict behind your back? Who is the actual self? And what surety do you have that he could change with your love? Accept it, this is no fairytale, and no Prince is going to come on a horseback with flowing hair! Ok maybe there could be the flowing hair, with all the new shampoos and costly barbers! And what if the girl you have fallen for in the first look is not the sati savathri types as you had wanted? What would you do? Would that beautiful, well mannered family help you out? But what exactly is the use of anyone helping you out, when ultimately, it's over?

I remember Achan recently telling me, or rather agreeing to me having a love marriage! Oh-oh hold on, on one condition. Love a person from a good family background who is financially well off. And do what? Hug the money and go off to sleep while your newly wed husband is off at a pub drinking to glory? I remember he showing me an example as well. One of my aunty's aunty's aunty's.... son married a girl from a well known family, whom I met for the first time recently! Guess what? She didn't even lend me a smile! So much for the 'family background'! I would rather prefer a person from a not so renowned family who I would love to meet a second time. So why exactly does a person want his/her daughter/son to marry a person from a well off family? So that the hard earned father-in-law's money would be handy during tough times? (I wonder what good for nothing person the guy would be!) Or is it so that they can flaunt about it to the outside world! (I am sorry, but will this society be of any help during a time of crisis? Oh, I am sorry they would be too busy criticizing on our mistakes!)

So back to my title- Do we marry to spend the rest of your life with a loving and caring person whom YOU love or whom your father-mother-uncle-aunty-maternal grandparents-paternal grandparents-neighbour uncle-neighbour aunty's mother-neighbour's friend's friend likes? Off late I have completely started hating the entire scenario that precedes marriage, only because of all the hungama of seeing whether something written on two papers match, and then there is the 'girl-seeing' ceremony where it actually means the parents seeing either side of the person in question and then that's it!! How in any God's name does a person like another person in one meeting?

confessed by Writing Bee at 5:35 PM 18 comments: Links to this post 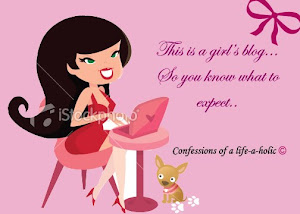